Lima, Climate and this thing called the COP

Posted on December 1, 2014 By shapeofthingstoni

The COP20 kicks off here in Lima tomorrow, which is kind of a big deal.

What is the COP20?
COP stands for “Coalition of the Parties”, which is United Nations-speak for meetings of the countries participating in the United Nations Framework Convention on Climate Change, and this particular meeting is called the COP20 as it is the 20th such meeting of the Parties.

Previous COPs worth mentioning include:

How big a deal is all this?
For the next 2 weeks the representatives of all the member parties – all 196 of them – will be talking here in Lima. These representatives of the majority of the world’s governments aim to negotiate new global agreements on greenhouse gas emission reduction and climate change mitigation. The measures developed during these 2 weeks will be further tweaked then formally signed into being next year at the COP21 in Paris.

So why do these agreements matter?
The best understanding of the science indicates that an average global temperature increase of 2oC (3.6oF) is now the MINIMUM increase guaranteed to happen this century, and that even the best agreements at the COP can’t stop that from happening. The climate is already changing now, and the social and environmental impacts of that 2+oC change are already appearing. Here in Peru glaciers are disappearing, agricultural productivity is declining and water shortages are emerging, and it’s only going to get worse. We know the world is shifting, and that these changes are going to be economically, socially and ecologically significant.

Left un-checked, climate change, will irreversibly change the natural resources (soil, water, forest, oceans, air) we depend upon, with permanent effect on where we live, what and how much we eat, and just how many human beings can survive on our planet. Competition for decreasing natural resources will cause wars. There will be food shortages not just in poor countries, but rich countries too. Increased frequency and severity of climate-linked natural disasters, like hurricanes, droughts, heat waves, cold-snaps, floods and fires, will affect all of us. 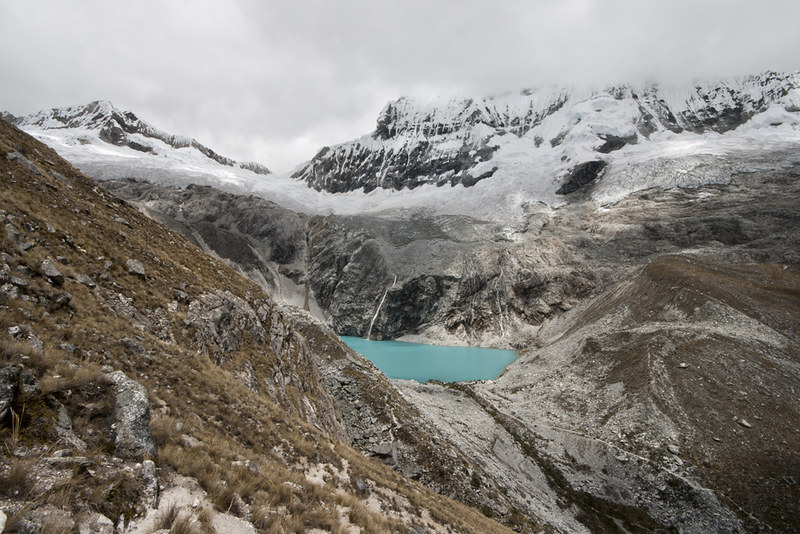 The glacier line at  the spectacular Laguna 69 in Huascaran National Park has retreated several hundred metres up from where it used to lie at the lagoon’s edge. The glaciers the park is famous for have lost 30% of their extent due to climate change. 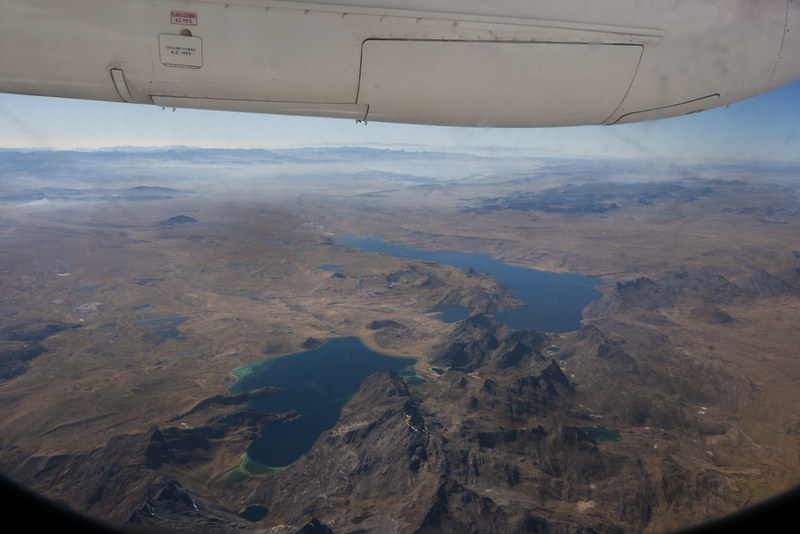 Lake Junin was famous for both it’s vastness and it’s diverse ecosystem. Now most of the lake bed is dry, shrunk to sad a series of shallow lagoons by the loss of glaciers and reducing rainfall, and polluted by mining waste.

If it’s already bad, what good can the COP talks do?

If the COP negotiations can result in real, binding international agreements to reduce greenhouse gas emissions – the root cause of climate change – then the COP can help to limit the extent of warming and prevent the worst of the impacts. It can help to limit the impacts to levels humans and other species can potentially adapt to, rather than allowing for ecologically-catastrophic levels of change.

A big focus of the Lima talks is the Green Climate Fund: a pot of money used to finance climate change prevention and adaptation projects in poorer Party countries. Developing countries have fewer resources to invest in combating climate change whilst being among the countries most vulnerable to its impacts, so the fund aims to even things up a bit. This is important, as it will let all countries do their part and remove excuses from high-polluting developing countries that currently claim they can’t afford to take action.

What else is going on?
As well as the closed door talks, there are lots of official side events – such as presentations on climate science and mitigation projects already underway – and parallel events happening. There will be lots of spin-off meetings between participants and other interested parties to discuss projects and cooperative opportunities. Lots of public and community-based events are planned to take advantage of the COP momentum: things like the COY10 Youth & Climate Conference, the People’s Climate Change Summit and the Global Landscapes Forum. There are also lots of community education and outreach events being held.

It’s an exciting time to be in Lima! 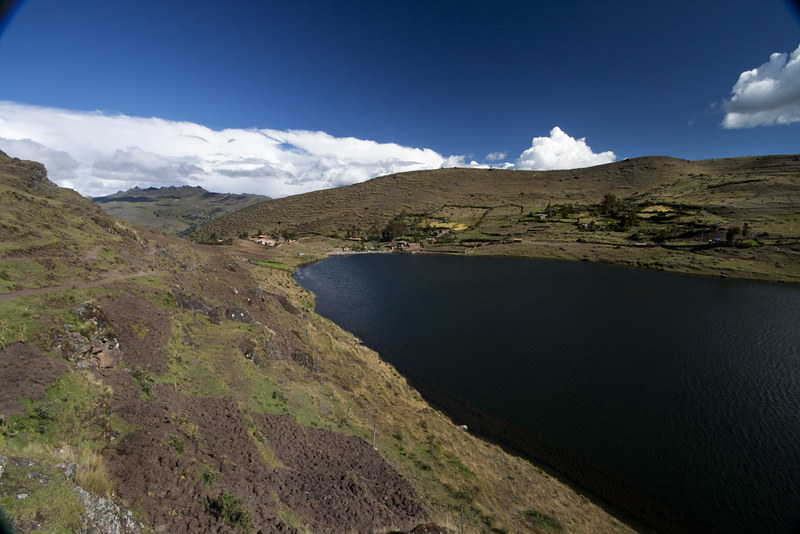 Andean farmers are having to move their crops up to higher altitudes as climate change heats up their traditional paddocks. These newly-dug potato fields are at over 4 000 mASL where there’s limited oxygen for the hard physical work. 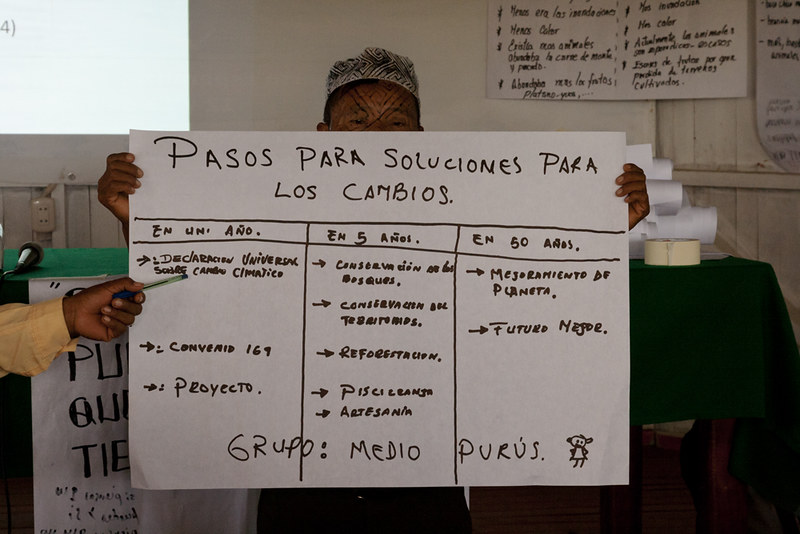 Indigenous communities deep in the Amazon are looking for ways to adapt in the face of climate change impacts. They may have very limited educations but they know the change is real.

What does this mean for me?

The COP20 might look like just another political gab-fest to you and me, but these talks are actually important to all of us. They can help us to develop policies that will prevent a much bigger temperature change that would be catastrophic to our ways of life and the ecosystems we depend upon. The COP20 here in Lima is a big step in getting those policies right, and it’s important that our politicians know that we, the people they are supposed to represent, expect real, meaningful outcomes.

This is about everyone’s future, about the fate of this planet, our one and only home.

As for me specifically, the COP20 means lots of urgent work translating correspondence and presentations for the official side events and helping out with Spanish-English interpretation in the meetings and workshops that will inevitably spin off from the event. I won’t be attending the events, but I’ll be involved in a peripheral way, and I’m really hoping the talks, both official and unofficial, lead to positive actions undertaken here in Peru, home in Aus, and all around the world.

I leave Peru behind on the last day of the COP20, finishing my project and heading back to Australia. I’d like nothing more than to fly out of Lima on a climate-related high note. 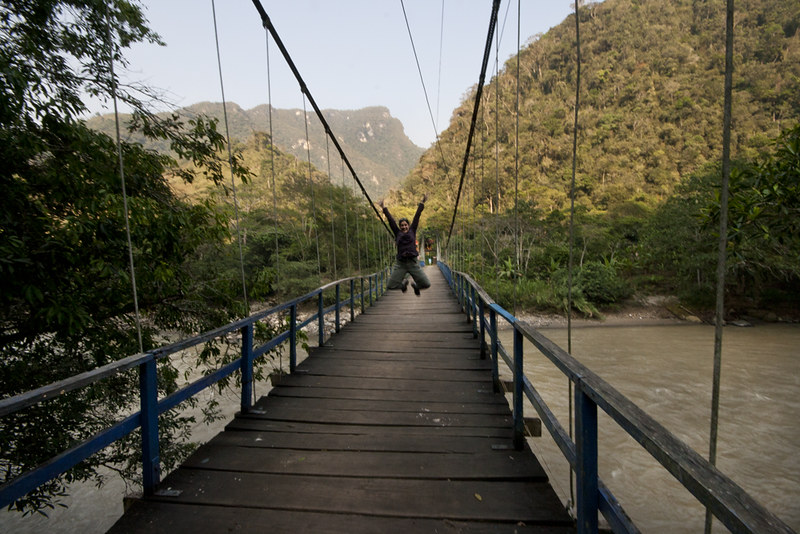 Celebrating Pacha Mama, our mother the earth, in TIngo Maria National Park. Top photo: climate change is drying out the productive desert river valleys that feed Lima like the green oasis of Cieneguilla, which has been settled since pre-Incan times.

← How do you conserve a landscape? The case of Nor Yauyos Cochas
Know your environment →

5 Comments on “Lima, Climate and this thing called the COP”