Posted on April 8, 2014 By shapeofthingstoni

Long ago, almost lost to the mists of memory, I went on magical journey to a far away land… Ok, so it was only in December, but it feels like it was eons ago, and it really was pretty magical. I climbed onto a bus one night in Lima and found myself the next morning in another world. One where it was raining; and cold. As I stepped sleepily off the bus and eased the cricks out of my spine, both these things made me smile: I was in the sierra, the central valley of the Andes. My Peru.

A friend and I had made the trip up to Huaraz to see in the New Year from lofty heights and to spend a few days trekking through one of the most spectacular parts of the generally rather spectacular Peruvian Andes: Huascaran National Park. The park, named after Peru’s highest peak which lies within it’s bounds, covers 340 000 ha of the steep and beautiful Cordillera Blanca (White Range) of the central Andes, in Ancash province. First protected in 1977, the park was given World Heritage status in 1985 in recognition of its high ecological and cultural values. Like most everywhere in Peru, Huascaran National Park has been occupied and altered by humans for thousands of years, with the landscape shaped by the interactions of people with their environment. Cultures that have called the region home include the Chavín, Recuay and Wari peoples before the region was conquered by the Inca Empire in the 1460s, and then the Spaniards from the 1530s.

Despite the Spanish conquest, most of the people in the region have strong Chavín or Wari ancestry and quechua dialects are widely spoken. Within the park boundaries areas are set aside for traditional uses and subsistence agriculture, including grazing of non-traditional cows and sheep, with care taken to try to manage the impacts at sustainable levels. As well as helping the traditional occupants maintain a sustainable lifestyle and protecting the area’s rich cultural heritage values, the National Park is designed to protect the high levels of biodiversity found there, including many  species of rare or threatened plants and animals (like the spectacled bear!). The National Park was also formed maintain the aesthetic values of the breath-taking landscape, and perhaps most importantly of all, to preserve the quality and quantity of water that originates in these mountains that supports hundreds of thousands of people in rural communities, towns and cities downstream.

Much of that water comes from the glaciers that crown the highest peaks of the Cordillera Blanca. Sixteen peaks in the park reach to over 6 000 mASL, with the mighty Huascaran climbing to a lofty 6 768 mASL, making Huascaran National Park the most extensive and important tropical glacier ecosystem in the world. People come from all over the world to walk among and climb up these icy giants, and once you’ve seen them, it’s easy to understand why.

The park is breathtakingly beautiful (quite literally in places, due to the high altitude). It is also under serious threat. Climate change is driving significant warming in the Andean region of northern and central Peru, and the glaciers are shrinking. On average, around 30% of the ice mass has been lost over the last 30 years and some glaciers have disappeared completely. This is causing changes in the hydrology of the catchment, with reduced river flows and less water persistence (the amount of time water takes to move through a catchment area). The change in water availability impacts on the native flora and fauna as well as human  activities both in the park and downstream. Additionally, with the retreat of the glaciers rich mineral deposits are revealed in the rocky peaks  which may be taken advantage of through illegal mining activities. Even without any mining, the newly-exposed mineral soils oxidise and acidify, causing water quality problems as the rains wash the metal oxides into the mountain streams and lagoons. It’s worrying, and it’s quite sobering to see such clear consequences of climate change already.

Climate change is a very serious issue here in Peru, but important as it is,  it’s not why I wanted to write about Huascaran National Park.

I wanted to share this place with you for its astonishing scenery and natural beauty, because such beauty deserves to be passed on and appreciated. The two days I spent hiking in Huascaran made my soul sing. It is a truly epic landscape, with an immensity of scale that overflows the mind. Between the glaciers, the oh-so-blue lagoons and the green valley wetlands there is jaw-dropping scenery at every turn. Huascaran National Park may be the most beautiful place I’ve ever seen.  Let me share with you my Huascaran dreaming. 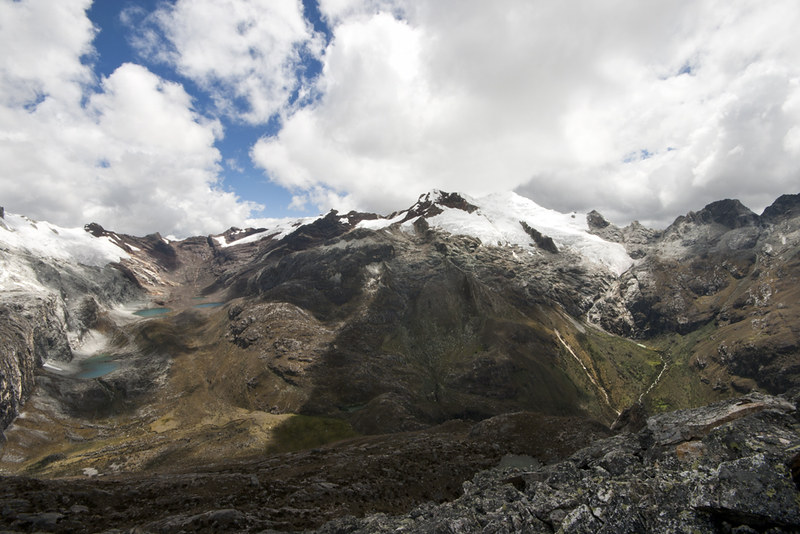 The scale of the landscape is utterly mind-blowing 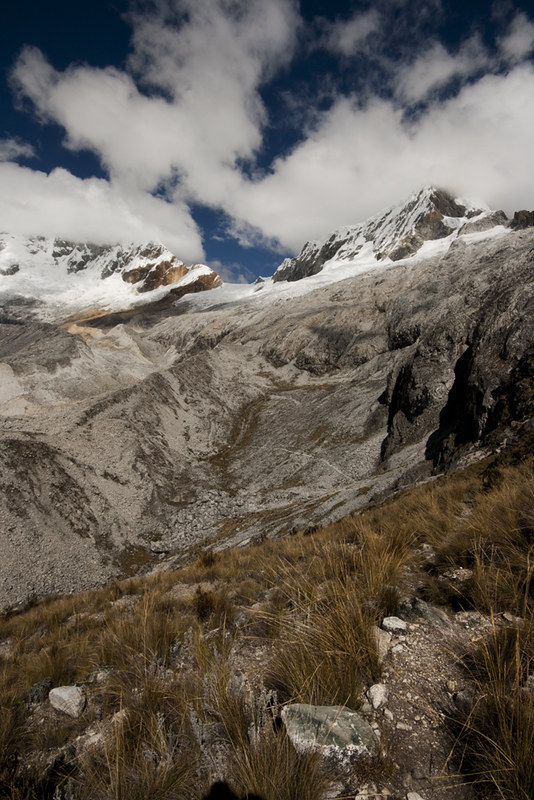 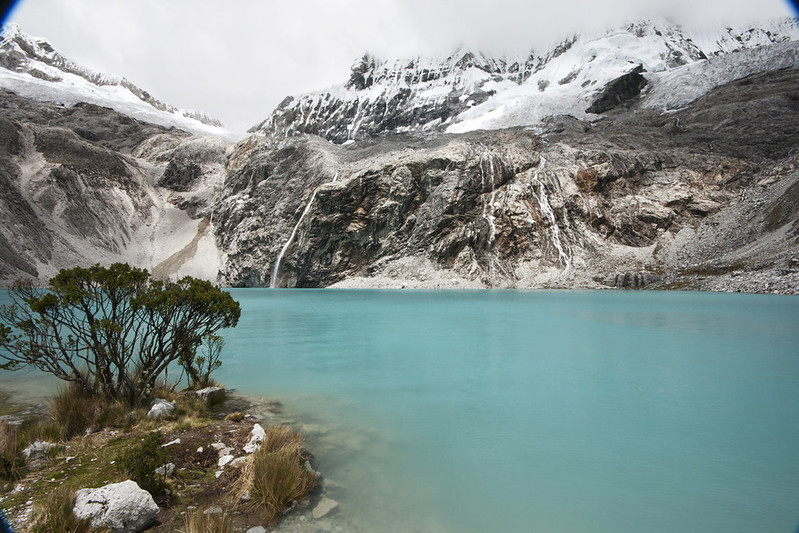 The turquoise waters of this glacier-fed lagoon seem almost unreal 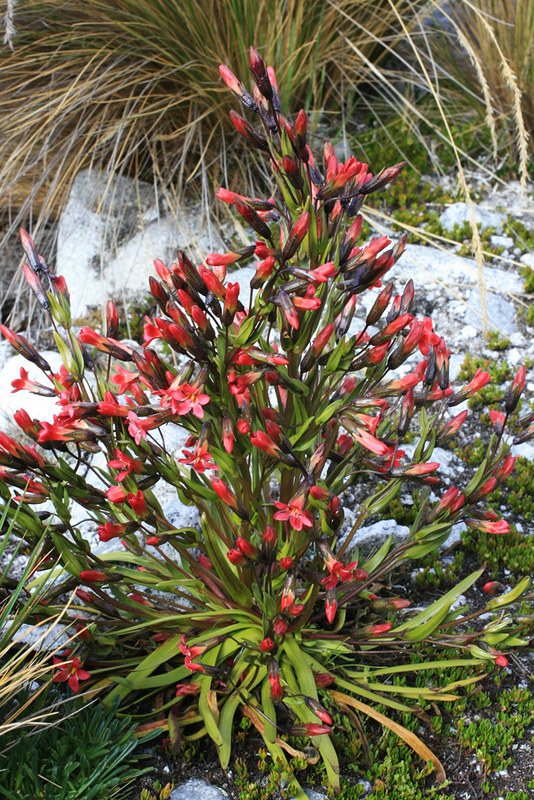 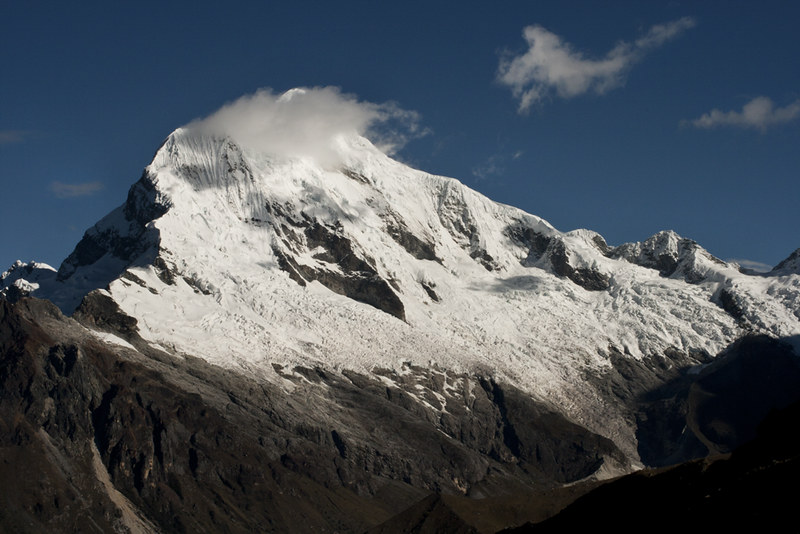 Many thanks to our knowledgeable local guides, Gustavo and Freddi, and to the park rangers and regional staff of SERNANP, Peru’s National Parks Service, for making the trip so memorable and teaching me everything about this fascinating place.

← Economic whiplash
Following my own tracks… →