Posted on May 7, 2014 By shapeofthingstoni 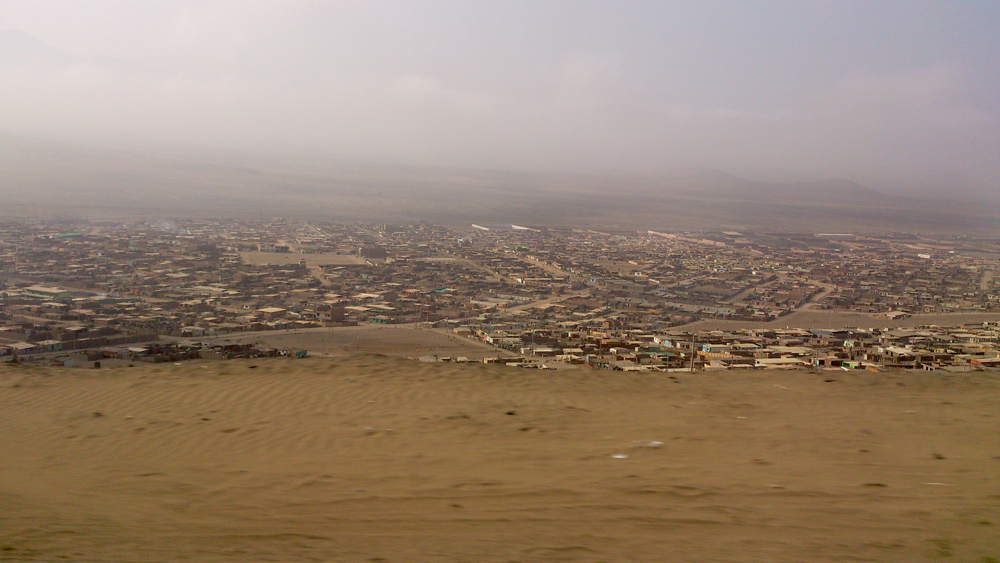 Last week I passed the half-way point of my project here in Lima, so it seems a good time to reflect on the six months that have been and to consider what the rest of my year here may bring.

It hasn’t been easy. Really: under-statement. As some of my posts have documented, I’m struggling with the day-to-day reality of life here, as well as with the bigger issues of environmental management and social justice in Peru.

On the daily level city living just isn’t for me. I dislike crowds and noise, and enjoy spending my time hiking, gardening and interacting with my local community. Here I’m caught in a city of almost 10 million people, bang smack in one of the driest deserts on the planet. The city is an enormous sprawling beast of concrete and snarling traffic jams, growing rapidly as squatter-towns spring up on the urban fringes. The only green places are the manicured parks in the wealthier suburbs and I miss the mountains and wild places so readily accessible back home. 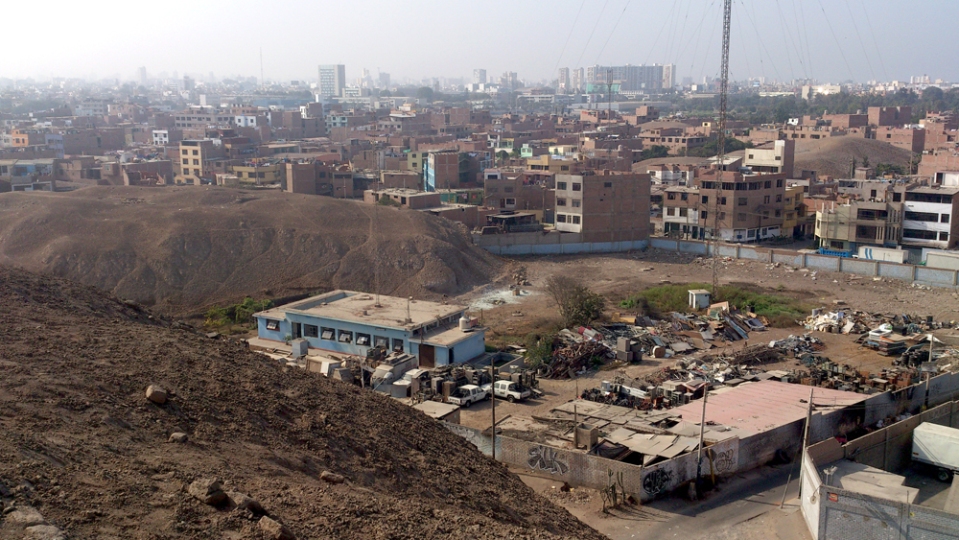 Coastal suburbs wrap around the remains of mud-brick temples from a very different era in Lima’s history.

Getting around Lima is complicated by the anarchic mini-bus network, the mad traffic, the inadequate infrastructure and the sheer mass of people. It can take an hour to travel 10 km. Peru can be a dangerous place and there are suburbs I can’t visit unaccompanied, and whole districts I can’t enter at all. Getting OUT of Lima is a grand logistical challenge and it’s a good 4 hour trip to get to anywhere green, which really limits your options, and unless I can convince local friends to come and guide me through the chaotic transport system (run by a myriad of small operators and collectives) I’m stuck with taking tours or hiring a driver, which can be very expensive and isn’t exactly my favourite way to travel. Consequently I don’t get out of the city nearly often enough.

Lima is NOISY. Crazily-sensitive car alarms go off constantly, set off by passing vehicles and even pedestrians just walking by. Drivers trapped in the interminable traffic vent their frustrations by horn. There’s construction everywhere. There are SO MANY PEOPLE, everywhere is crowded and people push to fit through walkways and footpaths that can’t cope with the numbers. We spill onto the roads and dart through the traffic. It’s dusty and polluted and too many nights you can’t see the stars.

The city has its good sides: there’s a lot of energy here; there’s music and dancing and art and emerging sub-cultures and creativity, but for me it doesn’t make up for the costs. Lima wears me down. 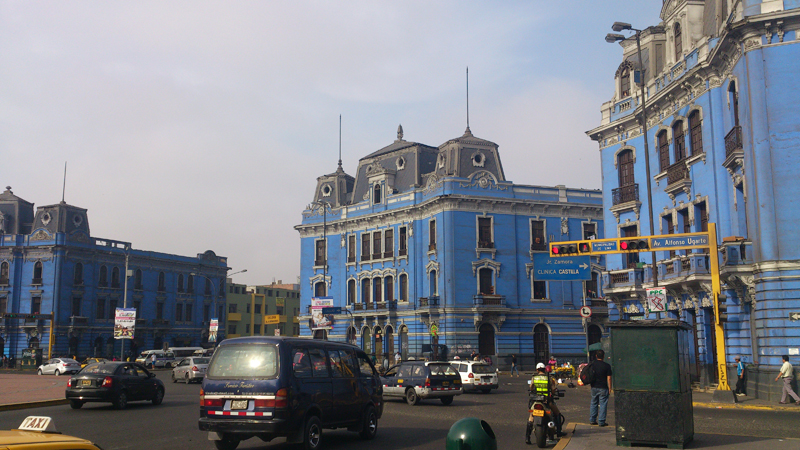 Work – my volunteer project – sometimes lifts me back up and other times drags me down further. I’m working on environmental management systems for Peru’s network of national parks and reserves, so I deal with complex issues on a national scale. That’s a big, depressing scale at times. I read social and environmental impact studies and research papers that tell me just how bad things are: Madre de Dios River in the Amazon is so mercury contaminated from illegal gold mining that local women are miscarrying; glaciers are retreating and disappearing due to climate change diminishing water availability for the majority of the population; Ica aquifer is turning saline due to over-extraction of groundwater to grow asparagus and red globe grapes for international export markets.

I know the stats*: 25% of the population here is living in poverty, and poverty here means a one-room, dirt-floored shack in the city slums or a hand-build adobe hut in the freezing sierra: it means living without plumbing or electricity in many cases, or even access to safe drinking water. In rural regions over 15% of the adult population is illiterate, and if you can’t afford a private school the education received is barely rudimentary. People have been so disempowered and socially disconnected that the social fabric breaks down in places. There is no community in the Lima slums; no local organisation or coordinated efforts to make improvements, just a learnt helplessness and expectations that someone else must be responsible for fixing things.

Work occasionally brings me face-to-face with corruption and political interference in environmental management. I see the exploitation and the institutionalised racism and disadvantage and the lack of resources to adequately enforce the existing laws which undermines the limited protections that have been hard-won. It can be confronting and demoralising and sometimes I wonder why the hell I’m even here. 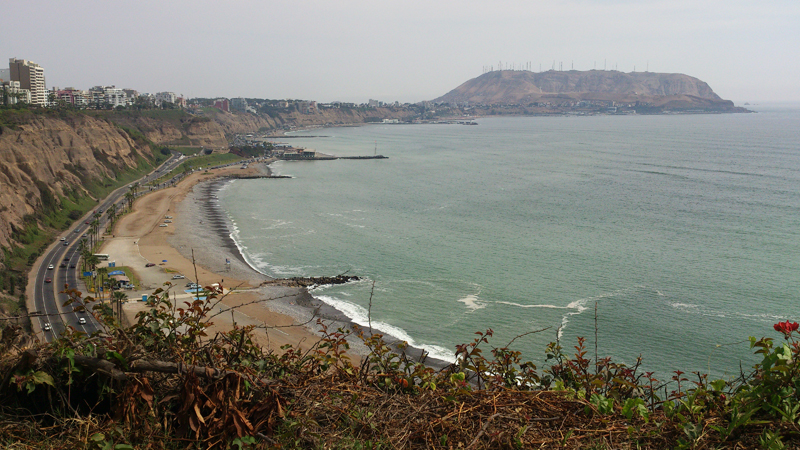 The distance between the dusty squatter-towns to here in Miraflores is physically short but psychologically enormous.

There are good days though. There are small victories. There’s holding people to account and standing up for decisions that are ethically right. There’s building scientific understanding that will support better decision-making. There’s introducing accountability measures into project management and establishing documented, systematic approaches. There’s a creativity and a freedom to try new ideas and give things a go that doesn’t exist back home. There’s meeting passionate, switched-on Peruvians who are committed to building a better future, one that’s greener, kinder, fairer and more sustainable.

These people – my friends, my colleagues – give me hope that, with time and effort, the future here in Peru can be brighter. My project may only be tinkering with tiny ideas at the edges, but you have to start somewhere and it may as well be here. For this, I will survive six more months in Lima, and I will get out of the damn city to explore the soul of this mad country as often as I can.

For real change, though, Peru needs access to better education for everyone: only then will more people be empowered to build a critical mass for sustainable change to grow the brighter future so many are hoping for. This is Peru’s great challenge, and I am becoming more and more convinced that the impetus for change needs to come from within. I don’t really know, yet, if or how I fit into that. 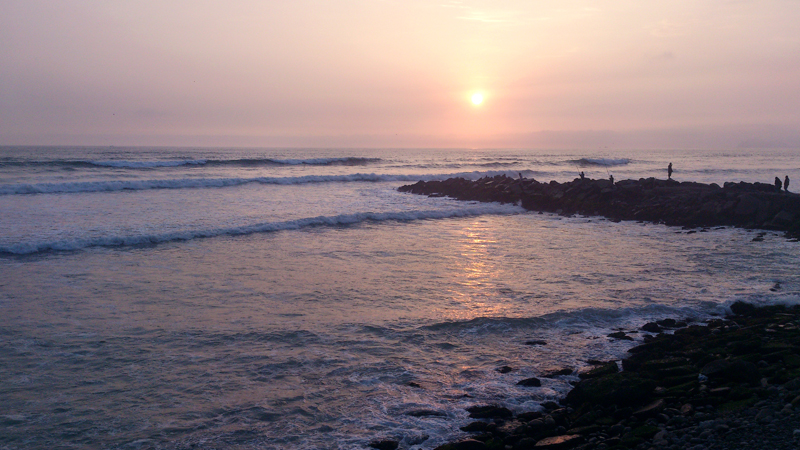 This beautiful but maddening country needs to listen to its youth and learn to drive change from within.